Last month, I was given an opportunity to get my hands on the Wacom Intuos Manga Creative Pen & Touch Tablet, so now I’ve decided to make a review about it.

Why is this called “Manga”?

The reason this specific tablet is called “Manga” is because of the softwares that come with it, namely: Manga Studio Debut 4 and Anime Studio Debut 8. Both are programs created by Smith Micro for comic creation and animations which is a plus if you’re into drawing animes and cartoons.

The Feel and Appearance

I really love the new design of the Wacom Intuos Manga tablet in contrast to the colorful and plastic look of the old series. The sleek matte gray and black frame reminds me somewhat of Apple which makes it look appealing and professional yet at the same time, very handsome.

At first glance, I had the impression that a smaller sized tablet would deliver a lower quality experience compared to the larger ones. In size, the Wacom Intuos Manga is only 8.3 inches wide, 7 inches long, 0.4 inches thick and weighs in at 10.93 ounces. It’s just a little bit heavier than a thin regular-sized paperback book but it sure does fit just right for my job as a graphic designer. Also, getting used to the tab may take some time, but eventually you’ll get the hang of it.

The stylus is very light, slightly thicker than a retractable pen, and doesn’t need any batteries so you won’t have to complain about the stylus skipping lines just because your power is low. The blue Wacom ribbon at the top part of the tab can be removed and replaced with the black ribbon that comes with the package and the same goes for the blue rubber at the top part of the pen. 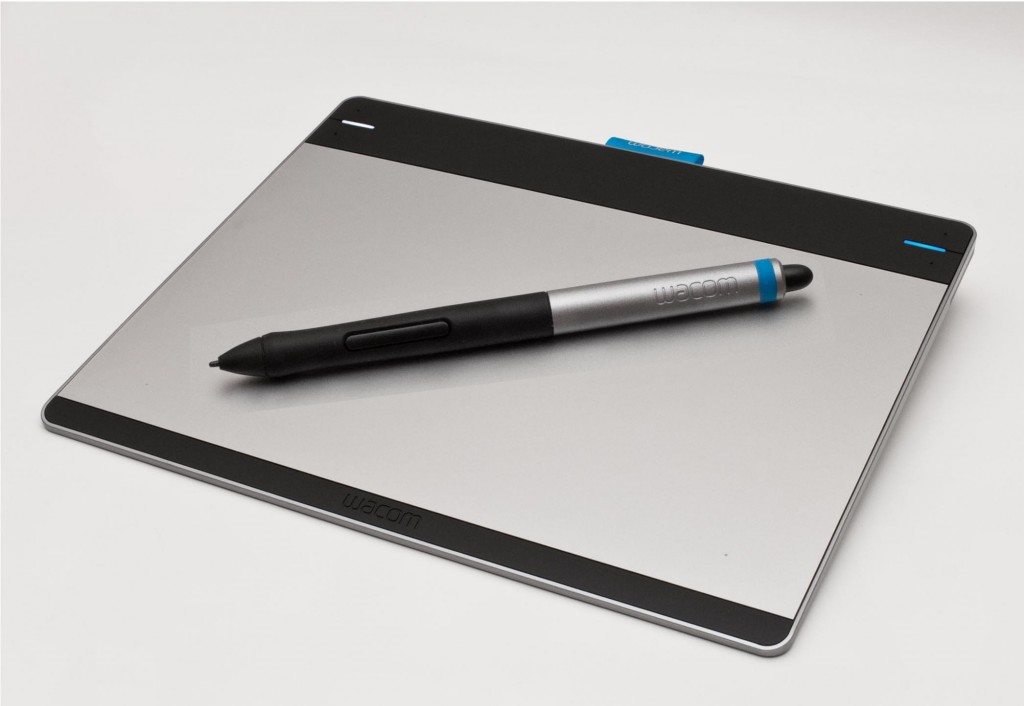 With 1024 pressure levels, it is just enough for graphic design tasks and comic creation which is what the Wacom Intuos Manga is really intended for. However, if you need a lot more, like 2540 pressure levels, then this is not for you.

The Wacom Intuos Manga tablet’s options are really fascinating. You can configure the sensitivity of the tab, the scrolling and pointing speed, adjust the range of movement of the pointer and much more. The tablet also has a touch feature which has the standard touch gestures you use in most laptops today. You can zoom, drag and rotate your artwork with just a flick of your finger. With that said, I really prefer using this over an itsy bitsy touchpad or a mouse in certain scenarios.

Above the active area, you’ll find 4 buttons that you can program to execute common functions such as Zoom in, Zoom out, Pan, Scroll, Save As, Undo and Redo. The same goes for the buttons found on the pen.

There is also an option to select which settings to work in one specific program and how they function in another program. This is useful when you’re doing something in Photoshop while surfing the web at the same time or scrolling and panning in Photoshop and Illustrator which is different in other programs.

So far, I haven’t had any major complaints about the Wacom Intuos Manga Creative Pen and Touch Tablet. It maybe small but it does help me a whole lot with my job designing logos, website mock-ups and creating digital paintings. At the price of just $99, it’s a great deal if you’re starting out in your Creative Design career path.

This is Isaac. He’s a designer at Project Assistant, versed in creating beautiful graphics, vectors and website mockups. He’s also into 3D modeling and digital painting. In his free time, he loves to drink coffee, draw critters and characters, watch series, play the guitar, and listen to music while making groovy beats in his head. He may look like he’s there (well physically), but his mind likes to wander.