PureCircle is the world’s leading producer of high purity stevia ingredients for the global food and beverage industry. They are the driving force behind moving stevia from niche to mainstream global acceptance and in the process, they hope to change conversation around sweet for manufacturers as well as consumers.

PureCircle uses their website as their window to the outside world and a voice of their company thus it was crucial for such a large global company to have an attractive, functioning site. 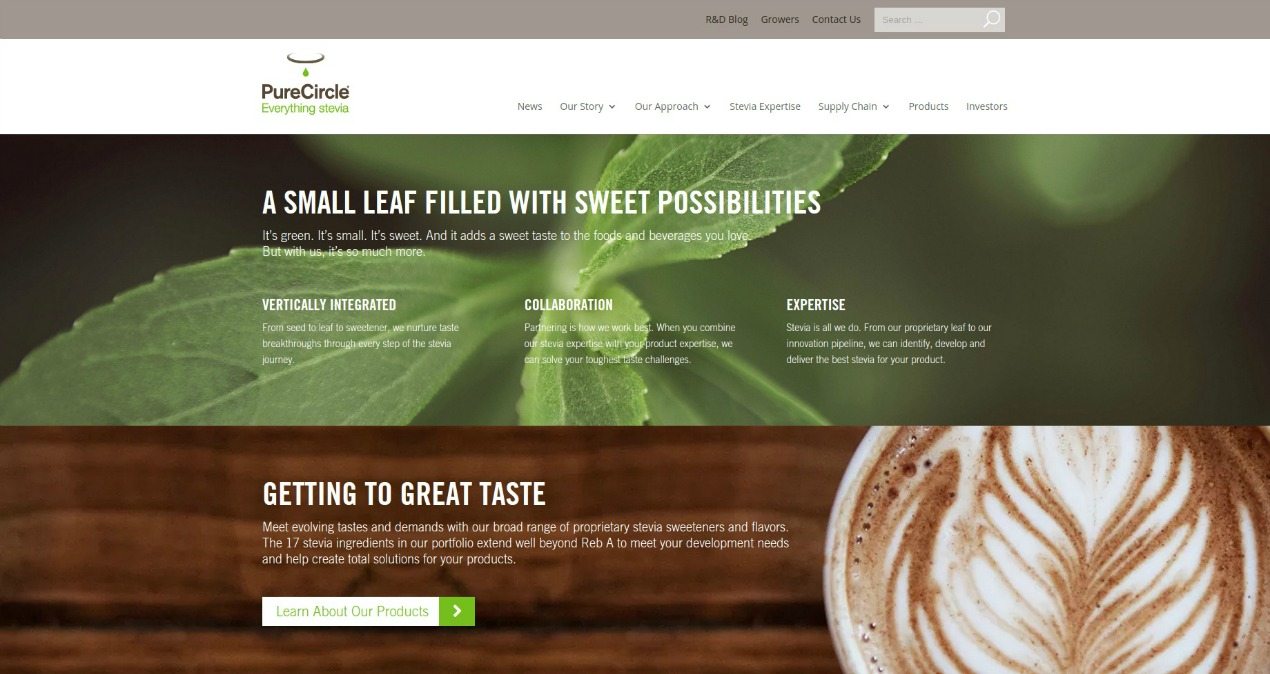 We redesigned purecircle.com based on a new information architecture. Despite adding over 40 new pages including two blogs, navigating around PureCircle’s website is easy with its new sleek, organized and modern look that is both attractive and functional.

The Innovator’s Blog has a gated content feature where content is shown only after the lead capture for email subscriptions of new blog updates, keeping content exclusive while being less intrusive when asking users to subscribe. We’ve even integrated their blog with email automation software for seamless syncing.

We started working with PureCircle in 2014 and our first project was to migrate their HTML pages to a content management system. This was done because the site they had before proved to be unreliable. Satisfied with the successful migration of the site, PureCircle decide to have Project Assistant redesign the entire site. 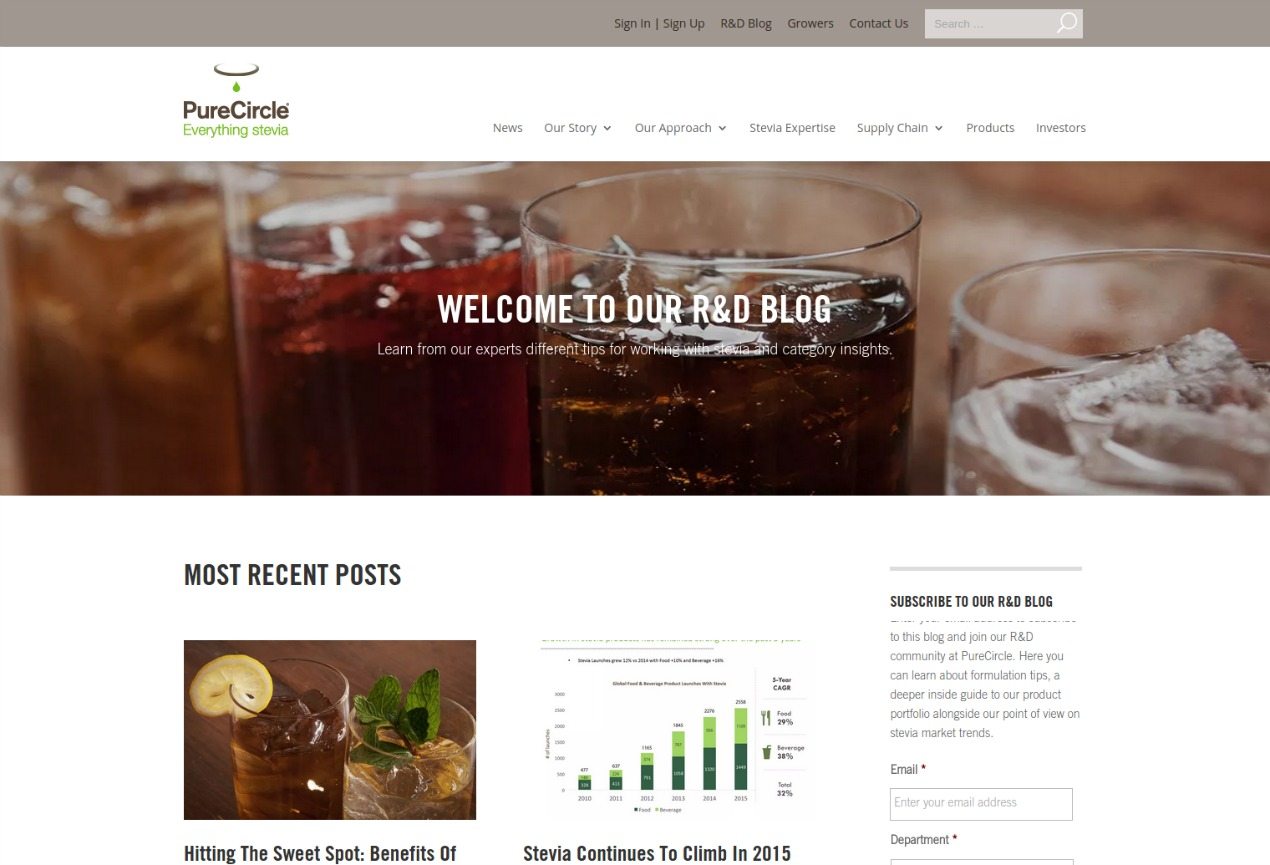 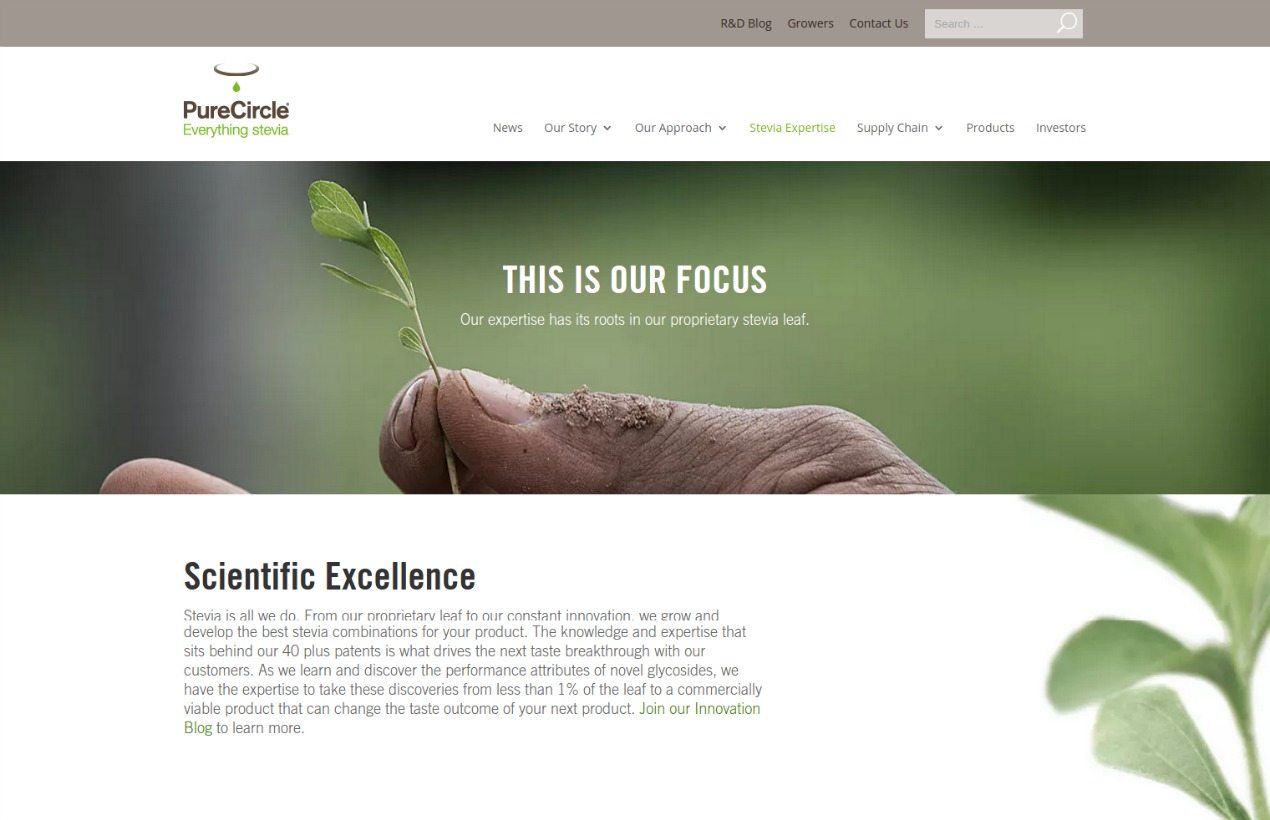 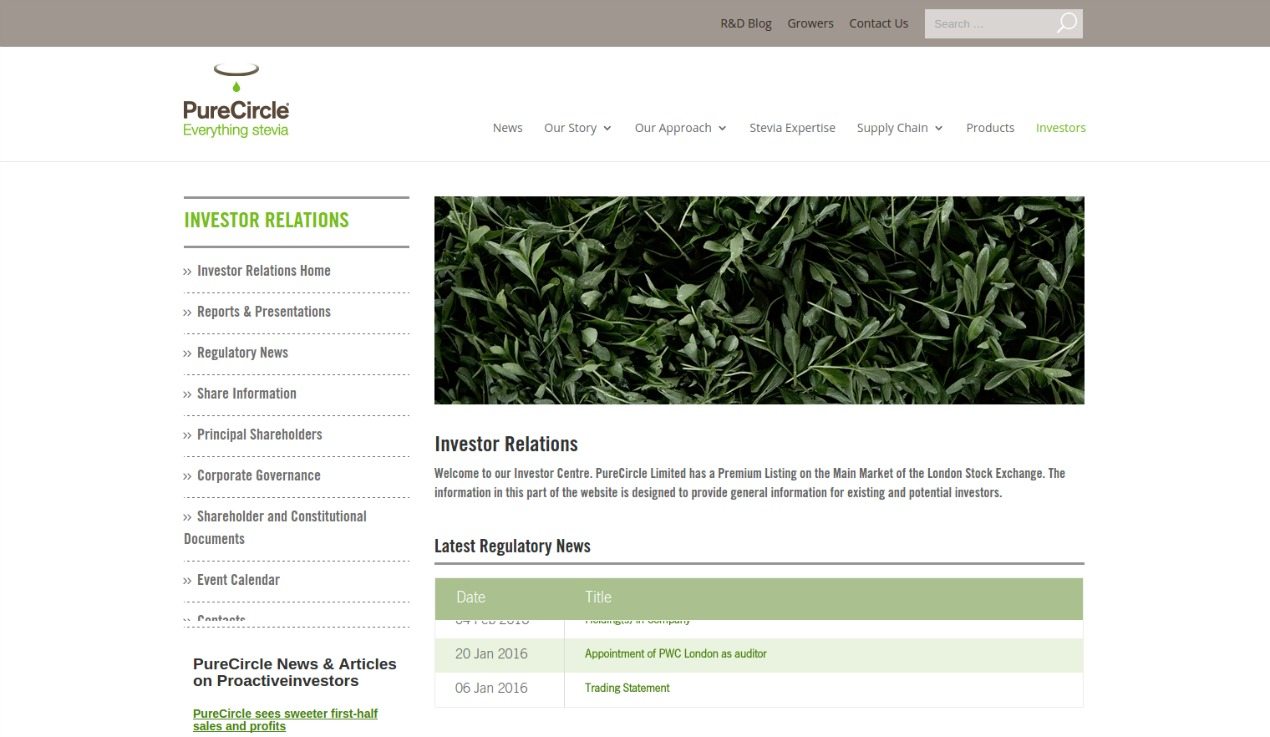 Working with Project Assistant has really been sorth of a life-saver for me. They really stayed on deadline. 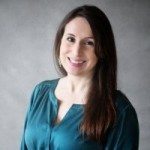 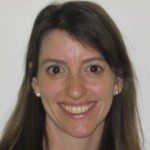 I really liked how fast, quick and responsive they are.